Connors Bros. Sardines & the Canning Industry:  There were once two sardine factories on the island, one in North Head and one in Seal Cove.  Read about this mainstay of the island’s economy and the history of the two brothers who started canning herring in the Bay of Fundy.  It’s been many years since these brothers owned the company, and today the last remaining sardine canning factory in North America is in Blacks Harbour.  On display we have a large selection of canned fish tins and fish packing artefacts from this long-lived, world famous, canning company.

The Smoked Herring Industry:  Grand Manan’s economy between the mid 1800s up until about the 1980s was dominated by smoked herring exports which were shipped world wide, but predominantly to the Caribbean.  The island produced the best and the most smoked herring in the world in the late 19th century.  As fish stocks were depleted, however, and the fish caught were smaller, canning took over as the dominant practice.  Eventually the industry was not sustainable for a number of reasons.  There are many historic artefacts and photos in this exhibit which accompanies the excellent interpretive signage.

The Herring Weir Fishery:  There were once 100 herring weirs around the island, but due to declining numbers of herring, in 2020 only 8 weirs were built.  During the early years and well into the late 20th century, weir fishing was the sustaining fishing practice of the summer months.  Read about how they are built, maintained, financed, and how the fish they catch are processed.  The exhibit includes models of weirs and boats used in the industry, photos and excellent interpretative signage.

Knot Tying Station:  A sample of the many knots a fisherman would need to know how to tie, and a chance to try tying some yourself!

Gleason Green - Island Lobster Fisherman:  Lobster fishing is very important to the island’s present day economy, and Gleason’s grandchildren and great grandchildren are still lobster fishing today.  Gleason is an example of the quintessential lobster fisherman from the early and mid 20th century.  On display are photos, traps, equipment for building traps, buoys, a list of the many boats he owned, and a watercolour painting by renowned marine artist O.K. Schenk, of one of Gleason’s last lobster boats.

Pearl Essence - History of the Herring Fish Scale Industry:  An abundance of herring produces an abundance of fish scales which found a ready market in the “pearl essence” industry which turned part of them into nail polish, lipstick, artificial pearls, and even furniture coverings.  Read about this unique industry and learn about how there are “fish scales in your lipstick”! (Well, not any more, actually, but there once were!)

Snooks the Diver:  The role of the diver was important in the maintenance of weirs and the salvaging of wrecks. “Snooks” the diver began diving at an early age, around 1917, doing a lot of weir work and various other tasks around the island where he was a familiar sight.  (The bicentennial quilt on display has a square dedicated to Snooks in his hard helmet diving suit.) In 1958 Snooks had a heart attack and was forced into retirement, but his son, Erling Green, took over the job for the next 11 years.  Father and son dove for a combined total of 52 years.  On display you will see an air compressor pump which sat on the deck of the boat from which the diver descended and the hard helmet diving suit used before the invention of scuba diving gear. 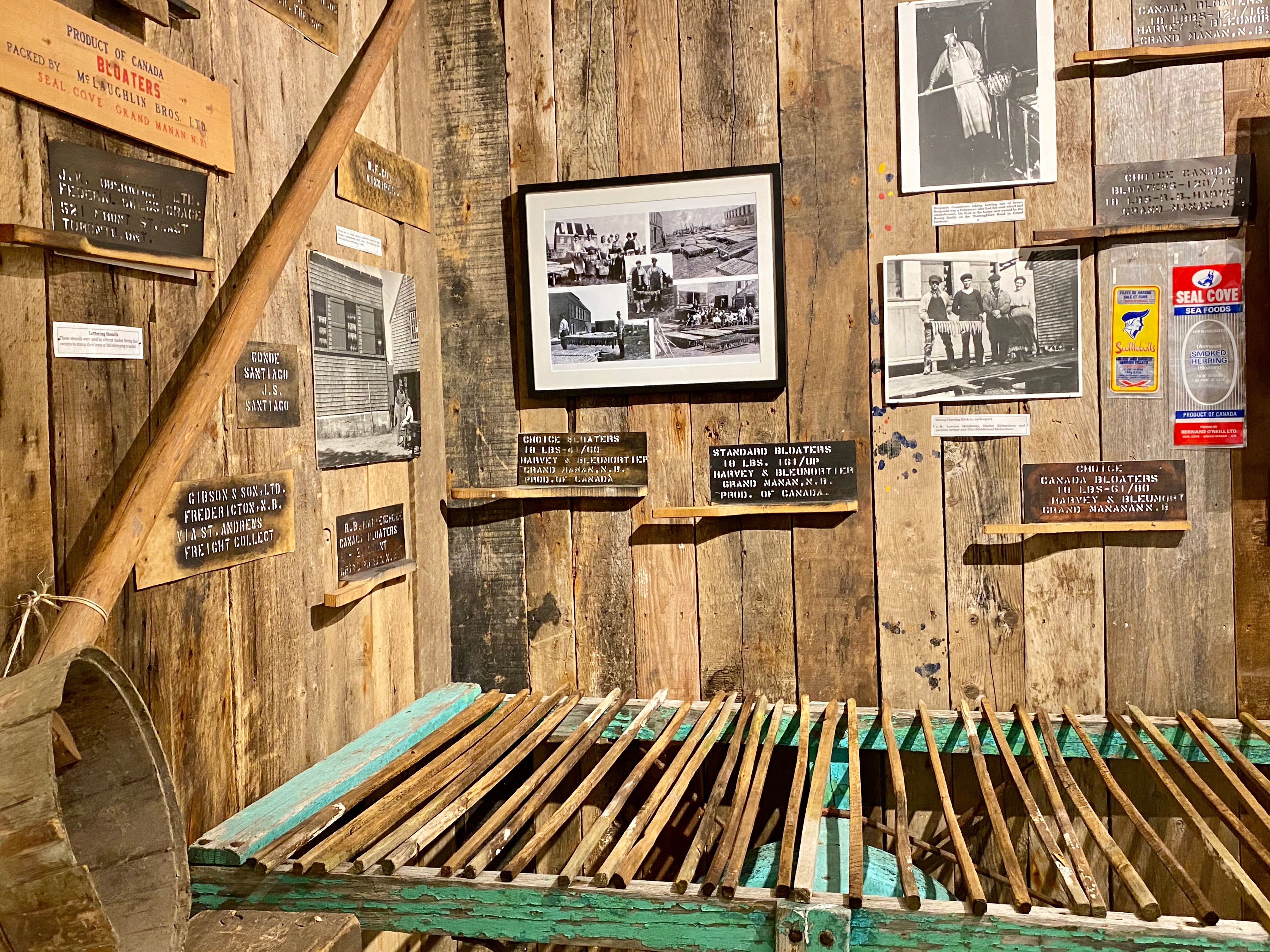 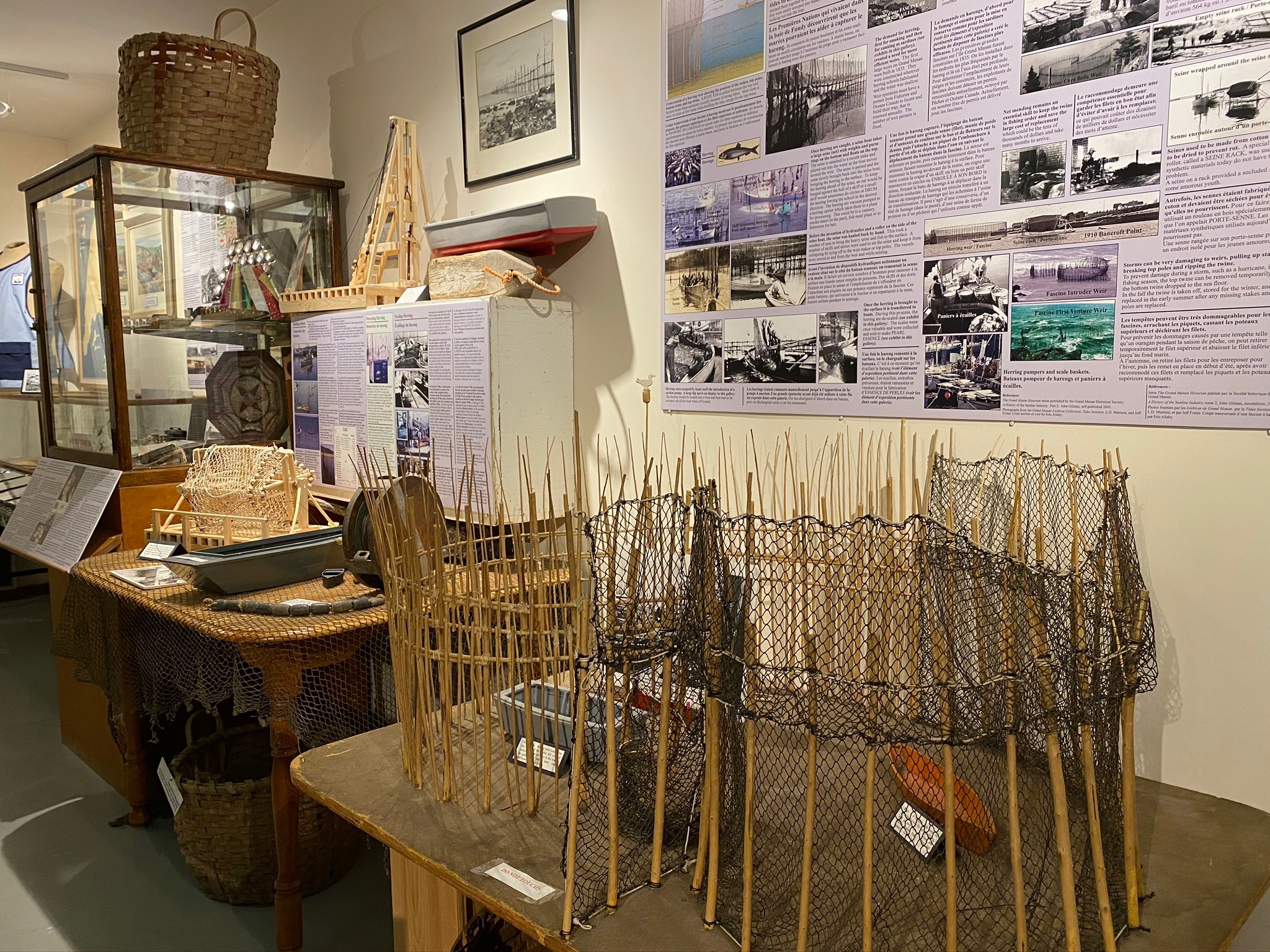 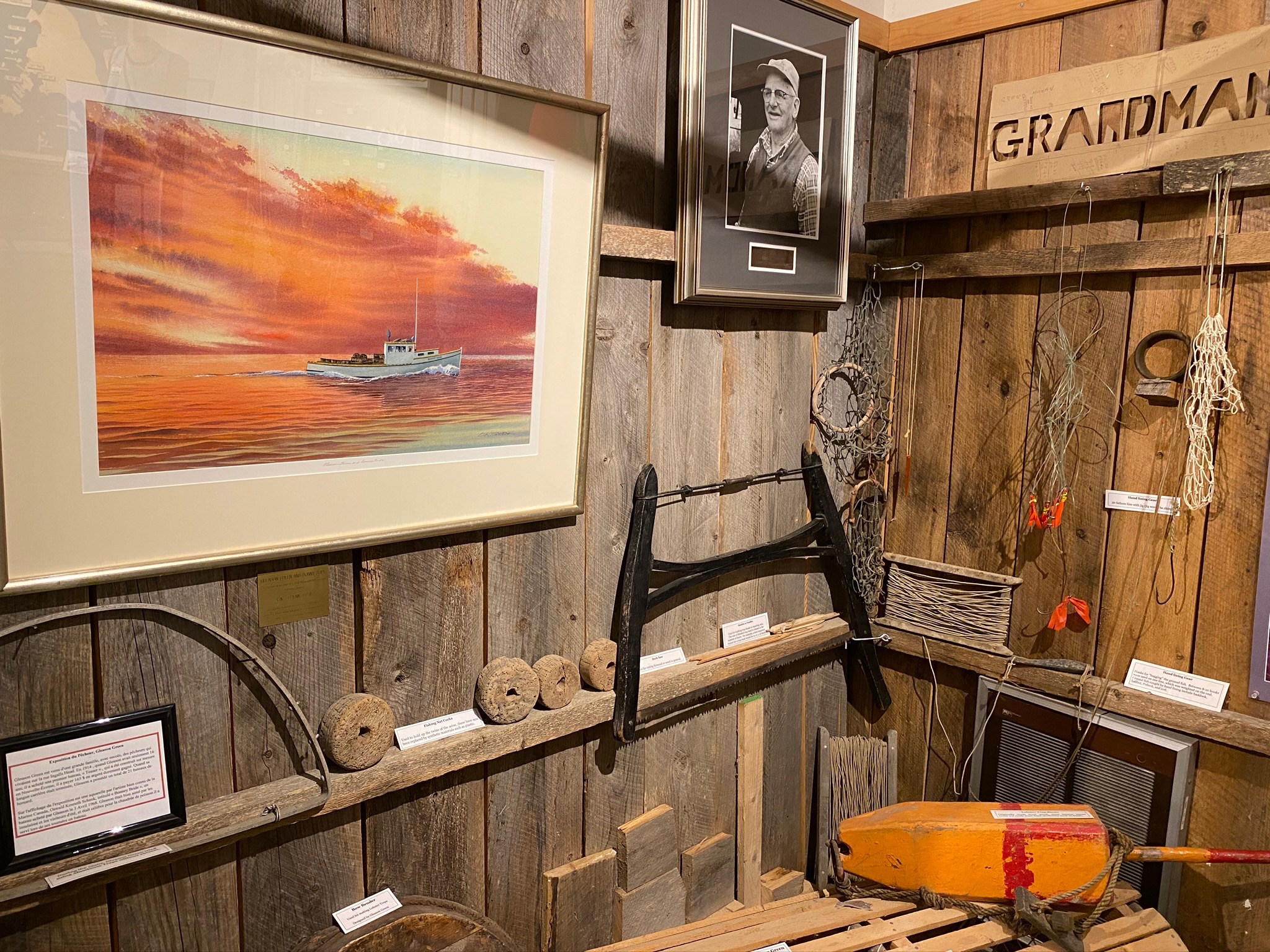 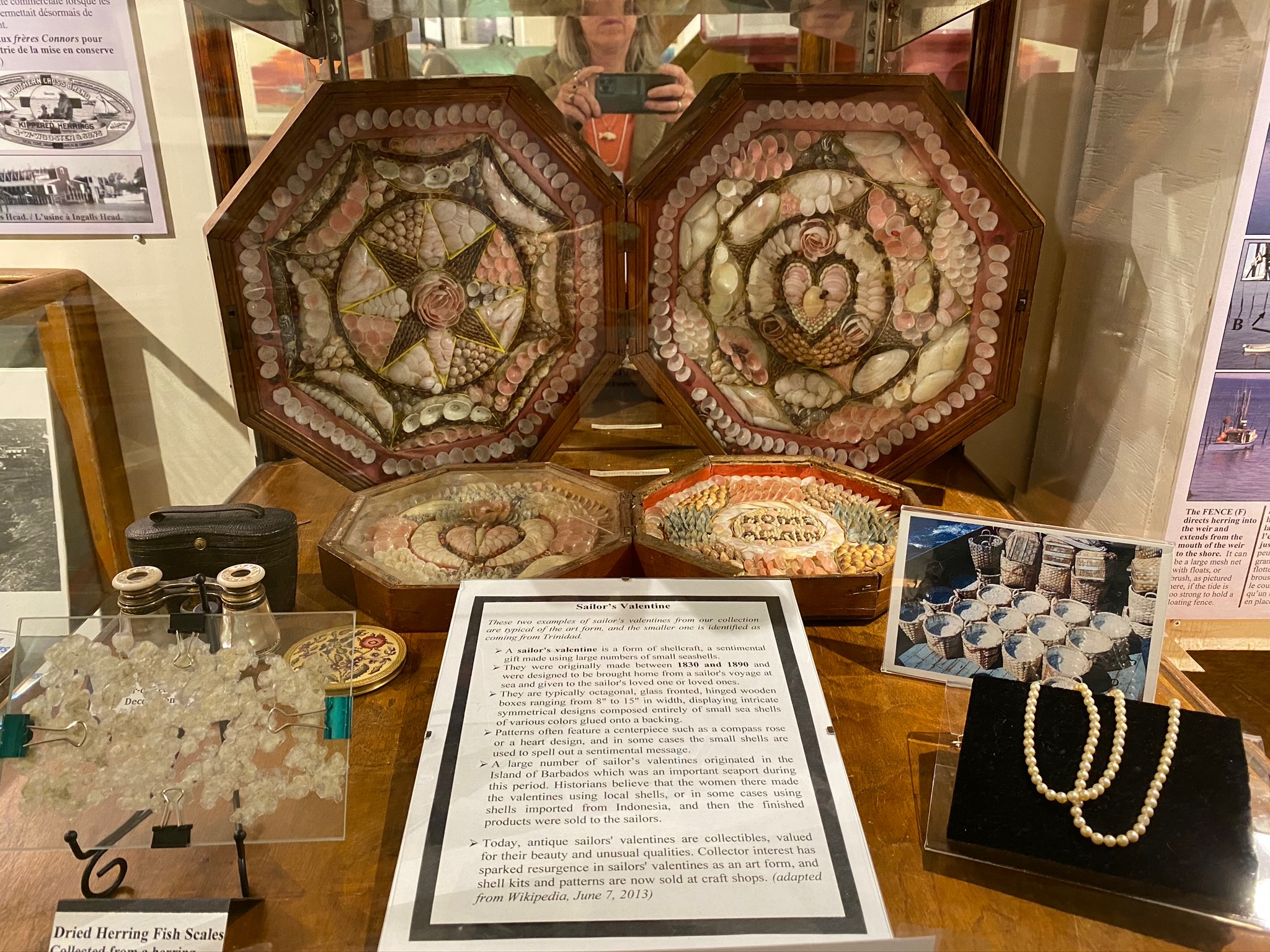 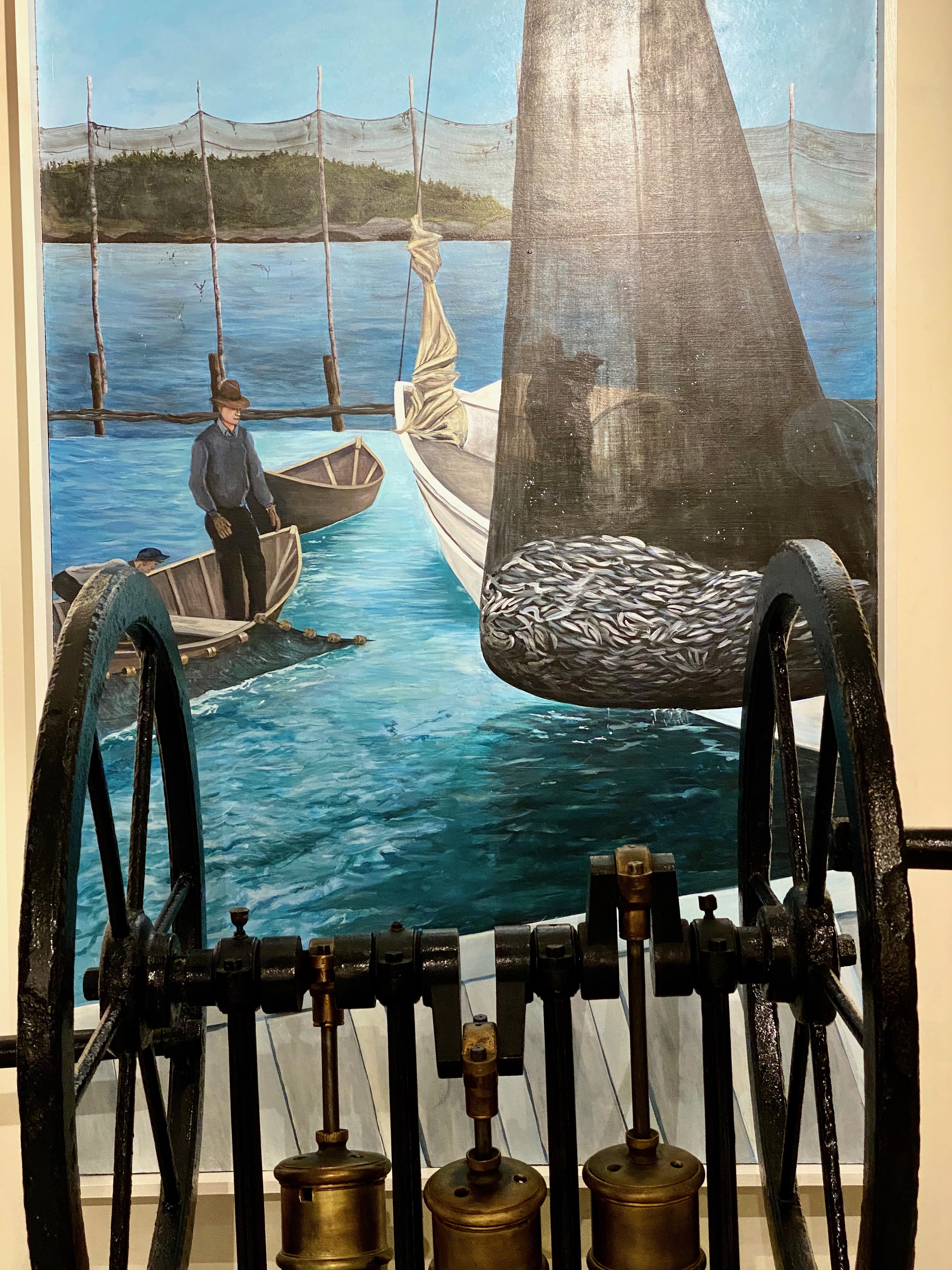 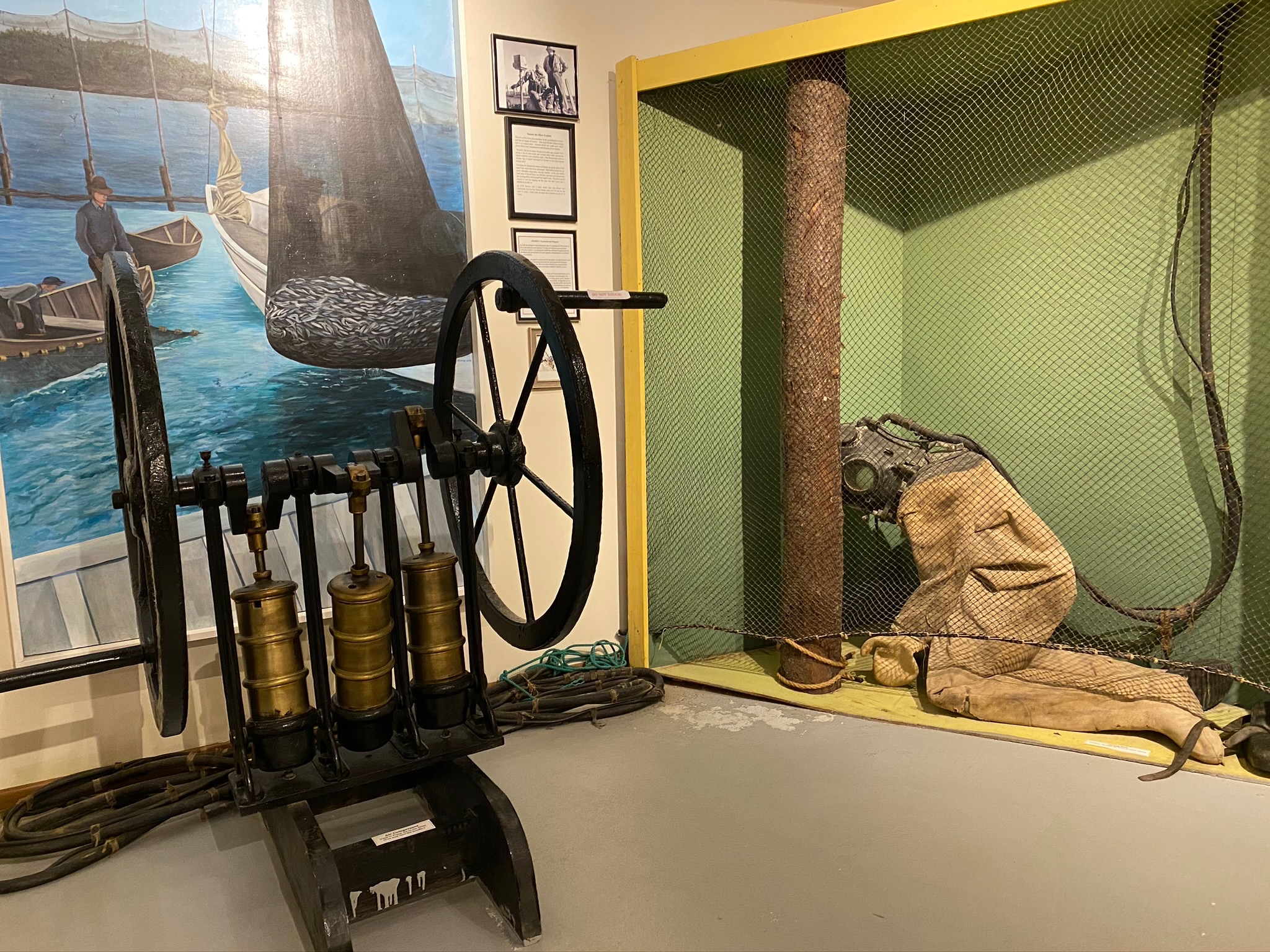