The Moses family arrived on Grand Manan in 1872, one year after the last Labrador Duck had been shot in Canada.  They came at the peak of the scientific collecting era, when scientists were busy everywhere collecting and documenting species before it was too late. Three generations contributed to the famous bird collection, which added so much to the knowledge of birds of southern New Brunswick.

Originally housed in a private museum on Allan Moses’ property in North Head, the collection was moved in 1951 to the basement of the Grand Harbour High School.  In Canada’s centennial year, 1967, it moved once more, just across the road, and became the founding collection of the Grand Manan Museum.

Allan Moses was a third generation taxidermist and one of the most prolific of his day.  The Allan Moses Bird Collection is still the largest collection in the Museum. In 18 display cases are found more than 300 different species of birds, collected mostly in and around the island, a key migratory flyway over for 300+ species.   Many of the song birds were collected from the bases of lighthouses which they would fly into at night during spring and fall migrations. 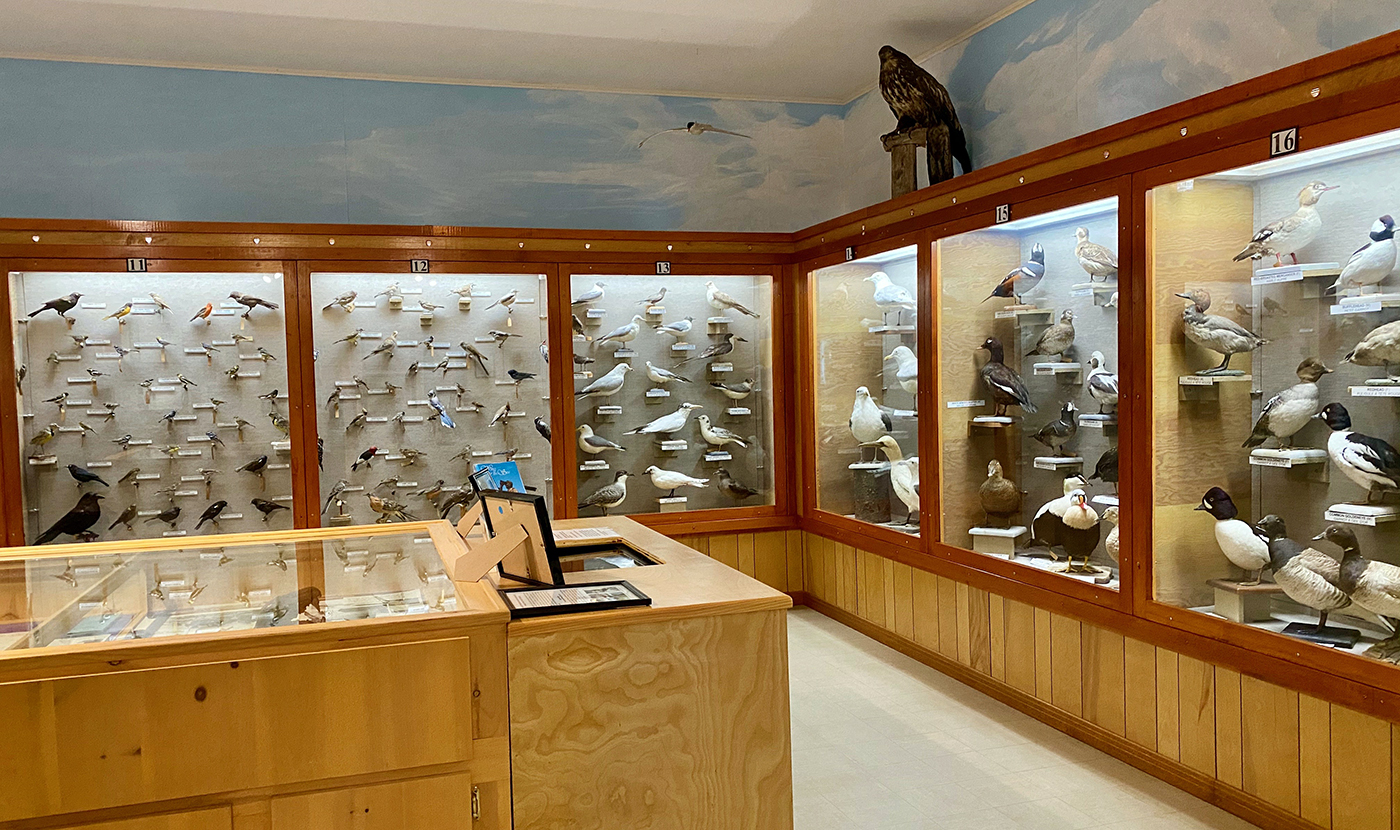 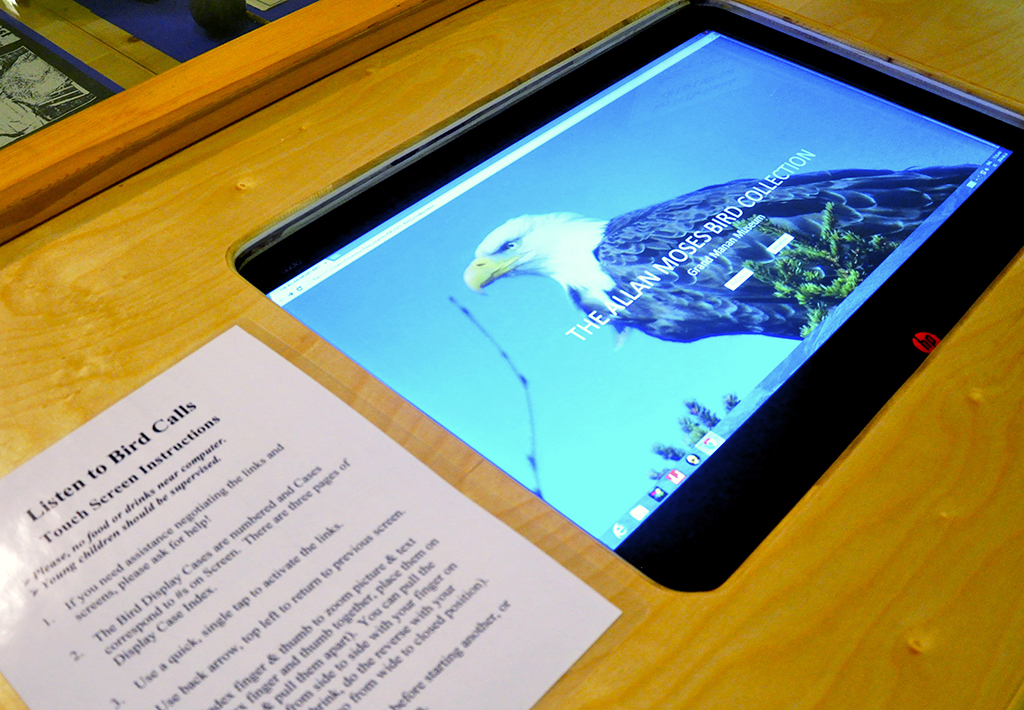 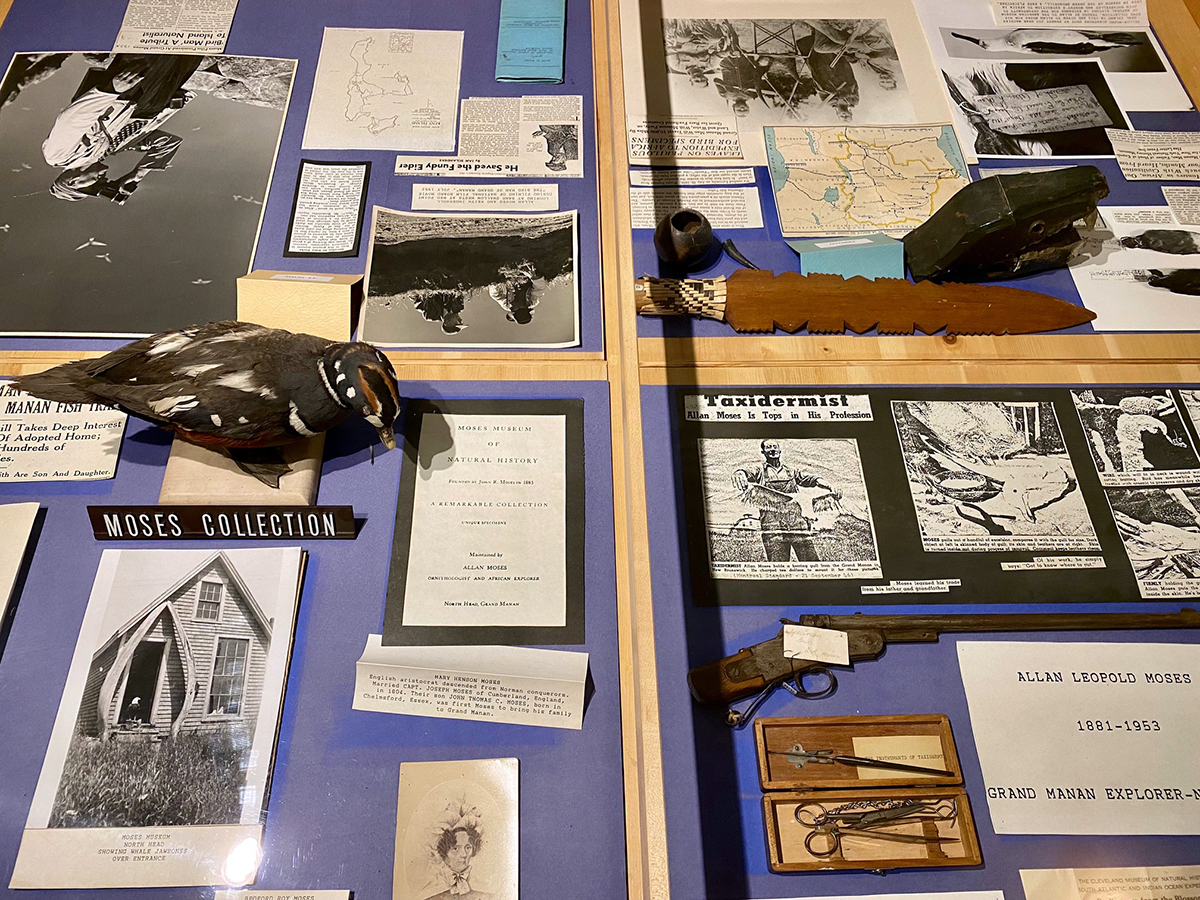 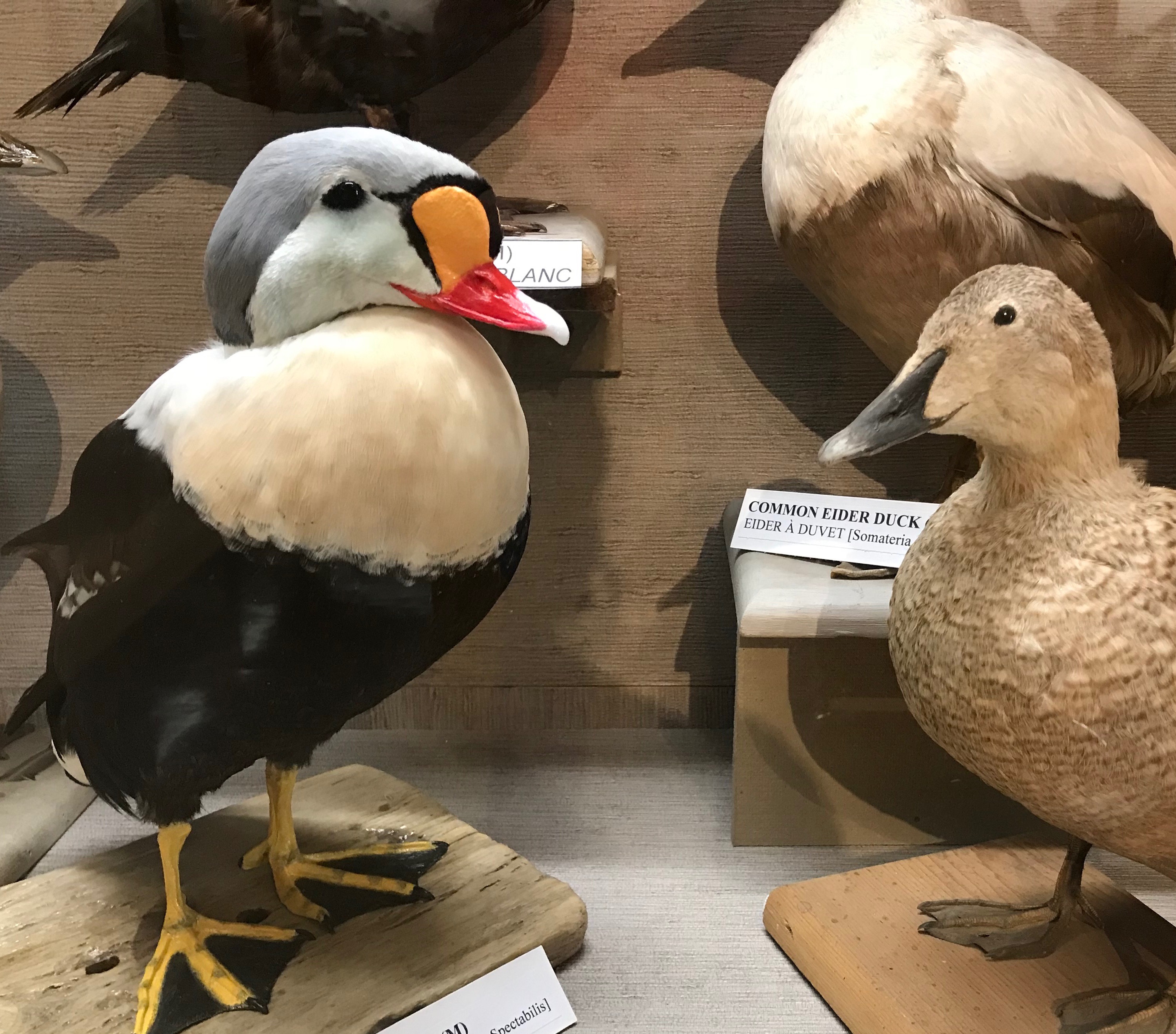 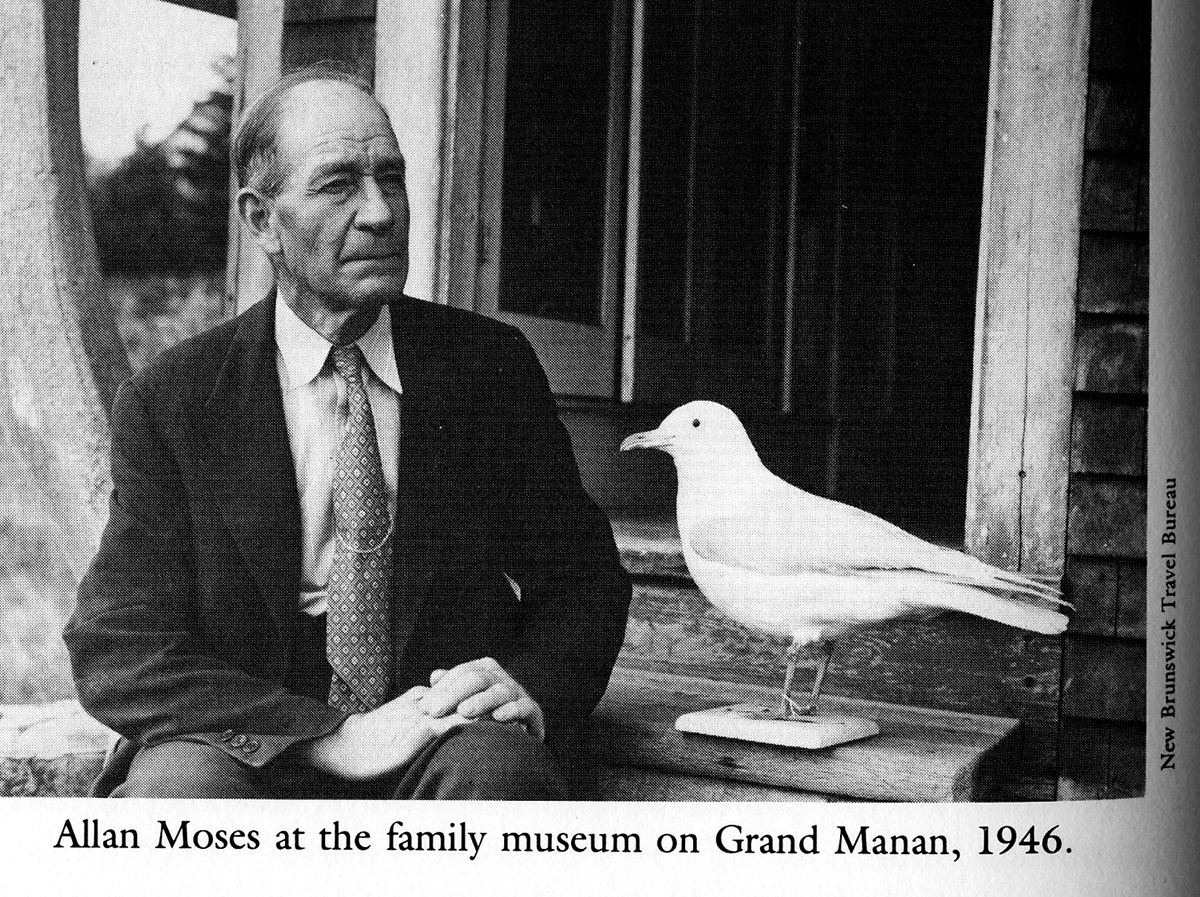 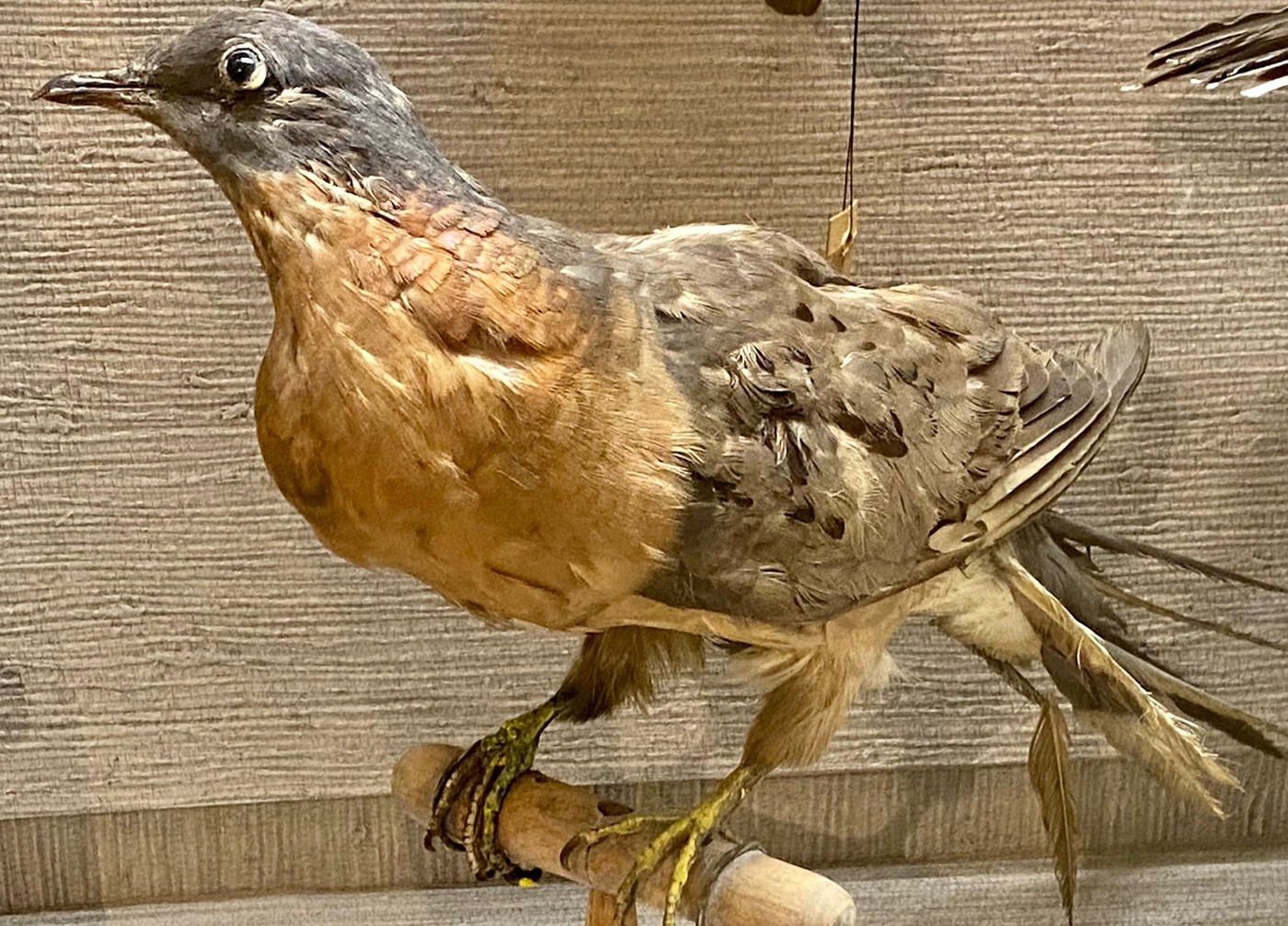